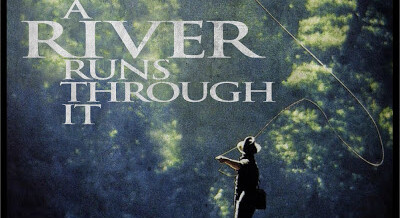 Once again, the first reading is rich in meaning but needs to be put into context if we are to draw that meaning out and apply it to our lives here and now. Elijah, the main character, is a prophet of God who lived about 800 years before the birth of Jesus. At that time, the Jewish king, Ahab, had married a pagan woman named Jezebel. (That should have been the first indication that there was going to be trouble in the marriage. Never marry a woman named Jezebel; you’re just asking for trouble!). Anyway, Jezebel brings her worship of pagan gods into the marriage, and because she is now the queen, she also brings the worship of false gods into Israel. Elijah challenges the king and queen and all of Israel to return to worshipping the one true God, the God of their ancestors. Jezebel, in response, puts a bounty on Elijah’s head; she wants him killed. The prophet Elijah flees, and this is where we pick up the story.

He is sitting under a tree telling God, “I’ve had enough, just take my life.” Instead of taking his life or reprimanding Elijah for wanting to give up, God provides Elijah with food and drink for a 40-day journey into the desert. With renewed energy Elijah got up, ate, drank, and started walking in obedience to God. When he gets to the place where God was leading him, Elijah takes shelter in a cave on Mount Horeb, the mountain of God. Mount Horeb is also called by another name you all know—Mount Sinai, the place where Moses encountered God firstly in the burning bush and afterwards when he received the 10 Commandments.

Moses lived some 700 years before Elijah and, at that time, had to make his own desert journey where he, too, wanted to give up but was strengthened by God to carry on. It is in this cave, perhaps the very cave atop Mount Sinai where Moses encountered God 700 years prior, that Elijah heard the voice of God not in an earthquake nor in a mighty wind nor in a fire but in a quiet voice and also found strength to carry on.

If you and I can still ourselves long enough, on a regular basis, we too will hear the quiet voice of God over the clamour of our busy lives. It is a voice so needed in our world but a voice we can only access through quiet and prayer.

Moses and Elijah became obedient to the voice of God, and both found a reason to carry on when they were at the point of giving up. The word “obedient,” coincidently, comes from the Latin word “audire” (auditory, audio, etc.) which means listening. When we take the time to listen to God’s word, we not only become obedient to it, but more importantly we find in it a strength at the very moment we felt weakest and most discouraged. As Elijah was led back to Mount Sinai, to a cave he had never visited, I suspect once he arrived there he was met by the spirit of Moses whose spirit still inhabited that cave 700 years prior. As Elijah breathed deeply of Moses spirit, he also breathed deeply of the Spirit of God who had led him to this refuge.

You and I also have to visit and revisit places that renew our souls. It might be a physical place in nature, but more likely it will be a quiet place within yourself that you can access without ever leaving your living room. It will be a necessary place, a place of quiet, a place of pray, a place of listening, a place of obedience to God’s life-giving will for you.

Elijah was a wanted man in the eyes of Jezebel. When he fled to the sacred mountain, Mount Sinai, he was no longer a fugitive wanting his life to be over. He was now a new man with a new mission in life. He was not the same.

This same theme is portrayed in one of my favorite movies of all time. It’s called “A River Runs Through It” starring Brad Pitt, and it came out in 1992. It’s set in rural Montana during World War I. A strict and stern Presbyterian minister raises, along with his wife, two boys. He teaches the boys many life lessons while taking them fly fishing on a local river. Like the Prodigal Son story in the Bible, the elder son becomes studious and embarks on a career that made his father proud. The younger son, portrayed by Brad Pitt, is rebellious leading a wild life including brushes with the law. When their father dies, they feel the anchor of their lives is gone. So, they return home and go flyfishing again. In the freedom of the great outdoors, whether they catch anything or not, they get in touch with the spirit of their father and all that he had taught them in life. They breathed deeply of their father’s spirit just like Elijah breathed deeply of Moses. You might say they get in touch with the real once again.

Similarly, each time we gather for Eucharist, it is like we are transported back in time to the Last Supper. It is more theologically correct to say that moment, 2000 years ago, comes to us. What comes to us is not simply the son of Joseph but the Son of God, Jesus, the living bread come down from heaven. We do not experience Jesus in an earthquake nor in a mighty wind nor in a blazing fire but in a quiet voice that says, “Take and eat, take and drink.” And if we are obedient to that voice, if we listen to that voice, we will, like countless before us, find the strength to carry on. It is not a voice that berates us for wanted to give up when we are discouraged. But it is a voice that has become flesh, flesh for the life of the world.