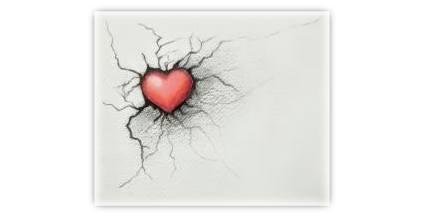 Today’s gospel is one of the best-known stories in the New Testament, and at the same time it is one that most of us don’t really “know.” That is to say, we don’t really take one of its key messages to heart – love and belonging have nothing to do with deserving.

When the younger son asked for his inheritance while his father was still living, he did something that wasn’t considered good, but was allowed.  A son who truly honoured the commandments and respected his parents, would have stayed and worked with them, but a son who chose to sever the relationship with the family and go his own way, still “deserved” to move into the world with the same socioeconomic status that he had always had.  Conversely, a child who severed the relationship with their family and squandered the money that they had, “deserves” isolation and poverty.  This is because the very idea of deserving, is anchored in past choices rather than in present choices.  Deserving is the partner to owing.  It implies that there is a debt to be paid.

The son heads home knowing that his father owes him nothing.  He does not deserve to be seen as a son because in asking for his inheritance, he declared his father dead to him.  The father, on the other hand, is unconcerned by the son’s worthiness and pays no attention to the son’s statement about what he does or does not deserve, because it is irrelevant.  The father did not love the son and care for the son out of a sense of duty or obligation.  He did not love his son because he owed love to his son.  He loved his son because he is a father who loves.  The choices that he makes are not based on what has been done in the past, but rather on who he wants to be in the present.

This is what the older son cannot understand.  He is angry because he has been with his father all the time without ever receiving a reward for his presence and his faithfulness.  He believes that he deserves more than his brother but has received less.  Again, the father makes it clear that belonging, celebrating and loving have nothing to do with deserving.  “You are always with me, and all that I have is yours.”  From the Father’s perspective, all of life with the older son is a celebration of love.  He hasn’t “rewarded” the older son because any reward that could be given, already belonged to the son. The older son was so concerned with trying to earn a place of love and belonging that he missed the fact that he was loved unconditionally and belonged absolutely.

Love is something that must be lived in the present moment.  It is not a reward for past behavior nor a means of locking in future behavior.  It is a choice to be fully alive and fully connected in the present moment.  It is a choice to see the image of God in the person in front of us as they are right now.  It is the recognition that God sees each of us as a beloved child, just as we are right now.

Last Sunday, we heard the Scripture passage in which God tells Moses to tell the people that “I Am” sent him. We were reminded that God meets us in the present moment, in what is right here and right now.  This Sunday we are reminded that God meets us with love in that present moment, love that is right here and right now, regardless of what has come before or what may come after.  Love has nothing to do with worthiness.