HomeBlogStories of Faith, Bring Light in the Darkness

Stories of Faith, Bring Light in the Darkness 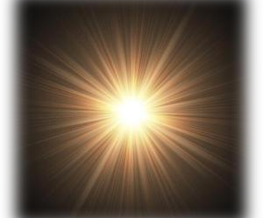 He was lying in a hospital bed on the palliative care unit.  His family was worried about his discomfort, his weakness and his approaching death.  His only concern was that everyone else would understand that there was nothing to fear. Where others were seeing the shadow of death, he was seeing the light of God’s promise; and he wanted to share that light. He asked if he could tell me a story that I could then tell to other people, so they would not be so afraid.  When I suggested that perhaps someday I could write his story in a bulletin reflection, he was delighted.

That night, I looked up the readings for the next time I was scheduled to write:  “You are the salt of the earth … you are the light of the world.”  For me the connection was instantaneous.  Here was a man who, even as he was dying, was lighting up the room with his stories of faith.  Here was a man who was inviting others to notice and savour the wonder of life, even as that life slipped from his grasp.  He was salt and light because he chose to share his experience of God with others.  I share his stories now, in the hopes that they will inspire each of us to follow his example and light the darkness by sharing the moments when God has surprised us.

His story began with a memory from when he was ten years old, swimming with friends at the local beach. “We were always in the water and we knew to be careful, but I guess I wasn’t watching.  A rogue wave picked me up and slammed me against the rocks.  I couldn’t move.  I felt myself go under the water.  I knew that was it.  I was dying.  And then I was sitting up on the cliff above the beach looking down.  It wasn’t a dream.  I could see everything as clearly as I can see you.  I could see my friends looking for me; and then I saw a man that I’d never seen before running down the beach.  He didn’t stop to talk to anyone.  He just dove in and started swimming toward the place where I went under.  I saw him grab me and then I was lying on the beach and he was doing CPR.  They took me to the hospital.  Everyone knew that that man had saved my life, but he didn’t get anything for it.  None of us knew who he was.  It was a small community.  Everyone knew everyone else, but none of us had ever seen him before that day, and none of us ever saw him again.”

“It was almost the same for my grandfather. He was on a merchant ship in the war.  It was hit and there was a big explosion and a fire.  Everyone was jumping overboard, and my grandfather had to jump even though he couldn’t swim.  He fought to keep from sinking, but he was going under when another sailor caught him by the arm and held him up.  The other sailor kept talking to him, telling him that he could see the lifeboat coming, telling my grandfather to hang on and just keep kicking for a few more minutes.  Then the lifeboat was there.  They pulled my grandfather in and they were just about to row away when my grandfather asked, ‘what about the other guy?’  They were confused … there was no other guy, only my grandfather and an empty life jacket.  But … an empty life jacket wouldn’t have held him up when he wasn’t wearing it.  And he would not have known that the boat was coming.”  His eyes filled with tears.  “God is always with us.” I felt God’s presence as this patient told his stories. And as I looked around the room, I knew his family felt it too.  In the sharing of his experience of God, the darkness was pushed back.