HomeBlogThe Many Stages of Mission

The Many Stages of Mission 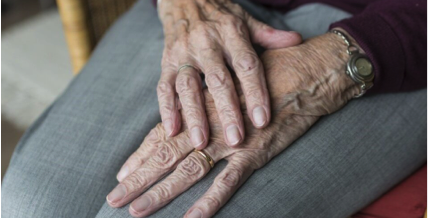 The Many Stages of Mission
If we were to combine this week’s readings with the Passion reading we heard on Good Friday, we could probably make a miniseries called “The Many Faces of Peter”. I think that’s one of the reasons I love Peter so much is that he is so relatable to me. Always with the best of intentions, but sometimes falling a little short of the mark. Yet, no matter how many times he fell, like his best friend and saviour, he always got back up and continued the mission.
The gospel reading we have this week has special meaning for me as it was the one our family selected to be read at my father’s funeral. The reason this gospel seemed so appropriate was the kind of life my father had lived. My father was a very independent person for most of his life, setting his own course, and going “wherever he wished”. Yet, at the end of his life, he was living with dementia and relying more than he ever would have wanted on others to look after him. If asked earlier in life, I feel confident in saying he would have said that this is a place “he would not wish to go”. When journeying with someone who used to be the standard of dignity and integrity that you would strive to achieve, it can be hard to find meaning in why God would call him to finish his mission on earth not recognizing loved ones or being able to do for himself even the most basic of tasks.
Like most of us, including my father, the shape of Peter’s mission changed a lot over his lifetime. He began his adult life as a hard working man trying to provide for his family. Then came his encounter with Jesus, and things took a dramatic turn. This impetuous, uneducated fisherman was now on a course that would lead to him becoming a leader of the early church and bold enough to go toe-to-toe with the high priest, as we see in our first reading today. Yet, even that changed, and he would finish his mission a prisoner and martyred for his faith. Once again, it can be hard to understand why God would call him to finish in such a manner.
We read and hear a lot today about people who want to control how their life will end. That they don’t want to be a burden to others, and want to “die with dignity”, I believe is the term. I am not here to judge anyone’s personal journey or choices, but I can share my own experience. While the way my father spent the last months of his life would not have been as he would have designed it, I know for sure he had a faith in God (like Peter) that would have allowed him to journey where God was calling him, trusting that God would create light out of darkness. Sometimes it takes time and distance to fully see the light, but rest assured there is always light.
The light that I have come to see, now seven years removed from his death, is that there is a dignity to life in all its stages. Just as no one would look at an infant baby who is unable to care for themselves, and see a burden, we should have the same heartfelt compassion for someone who is at the end of their journey. The love we share at these stages in life is truly unconditional, as the recipient can do nothing to earn it. So I ask you, is there anything more dignified than being the reason people can give and receive unconditional love? This was probably Dad’s greatest achievement in living out his mission.
Mark Mahoney