HomeBlogWrite! Be part of the change!

Write! Be part of the change! 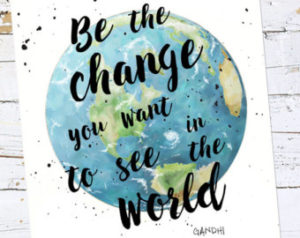 This is a follow-up to the Federal Liberal’s letter of attestation I mentioned at the end of last weekend’s liturgies. As you know, the Canadian Government will no longer give grants through the Canada Summer Job program unless the group applying for the grant attests to being pro-choice. Pro-choice is the ideology that professes that there is parity between life and death, that choosing one is just as good as choosing the other. Nothing can be further from the truth for Christians. Life and death are not on par, never have been and never will be. The central core of the Christian belief is that “Christ is risen” and life has conquered death forevermore. St. Paul says, “If Christ has not been raised, your faith is pointless…If our faith in Christ has been for this life only, we are of all people the most pitiable” (1 Cor. 15: 17-19). In the Hebrew Scriptures, which we share with our Jewish brothers and sisters, God says to us, “I lay before you, life or death, blessing or curse. Choose life so that you and your descendants may live in the love of your God” (Deut. 30: 19-20).

The federal government in an attempt to clarify its position (translate: “damage control”) said that its intention is not about asking groups to attest about their beliefs and values, only their activities. This means: believe what you want but just don’t put your beliefs into practice…keep your faith as a private affair…never let your faith inform your politics. St. James tells us, “Faith, without works, is dead” (James 2: 14-26). We, as members of St. Elizabeth of the Trinity Parish grouping, have an opportunity to show that our faith is not something we practice for only one hour each weekend. We have an opportunity to show that our faith is not dead. This Liberal government is not a government “for the people”; it is a government for only some people, the people who will agree to sign over their conscience for grant money.

Canada’s former ambassador for religious freedom, Deacon Andrew Bennett, a deacon in the Ukrainian Greek Catholic Church warns that what the federal government is imposing infringes on the fundamental rights of all Canadians, not only people of faith. He says, “Enough is enough, and that the government cannot dictate what Canadians should or should not believe to access certain government programs.”

When you and I were baptized, we were anointed with holy oil as “prophet”. I encourage you to use your prophetic voice and your prophetic writing (for the pen is mightier than the sword), to make a change. The following contact information should help you. Don’t let this opportunity to bear witness to your faith pass you by. On my part I will, as your pastor, do whatever I can do to correct this injustice.

Let’s pull in the same direction always with charity for others and under the guidance, not of our egos, but of the Spirit. I encourage you to write a letter to any or all of the following people. Make sure your letter is charitable in words but, by the same token, has some teeth. Don’t simply state your disappointment. Tell the MP you will not be voting for them in the next election. Votes are the only thing that seem to matter to many (not all) politicians. “They” as a colleague of mine say, “can only see as far as the next election.”

You also might also want to write a letter of support to the only Liberal MP in Canada who has stood in opposition to his government’s position. He is Newfoundland MP Scott Simms. His riding is Bays-Central-Notre Dame. Politicians of integrity need our support and our prayers. Remember, your snail mail letters to the Prime Minister and/or MP, if going to Parliament Hill, do not require postage.

I am proud of all the ways you continue to put your faith in action. Jesus would say of you, “You’re not far from the Kingdom.”